On Monday 20 September 2010 at 18.30 students of two schools from Pretoria are organizing a short ceremony of remembrance at the Scottish memorial near Frezenberg (Zonnebeke, Belgium). Their reading of personal stories will be musically accompanied by the drumsband of H. Familie and members of the Passchendaele 1917 Pipes and Drums. Afterwards, escorted by the drumsband H. Familie, they will walk to the Menin Gate at Ieper for the Last Post. For 14 years Hoërskool Waterkloof has been running an exchange programme with St.-Leocollege Bruges. Last year H. Familie Ypres started a similar project with Hoërskool Centurion.

The students’ gathering on 20 September for this remembrance is not just accidental. 20 September 1917 – 93 years ago – saw the start of the second phase of Third Ypres. On that very morning the South-African Infantry Brigade, part of the 9th Scottish Division, were near the Frezenberg (north of the railway Ypres-Roeselare). The four regiments reached their objective, but the price paid for it was particularly high: of the 2,576 men, 1,255 were reported killed, missing or wounded. Nearly all South-African headstones in the Ypres and Zonnebeke region bear the date of 20 September. 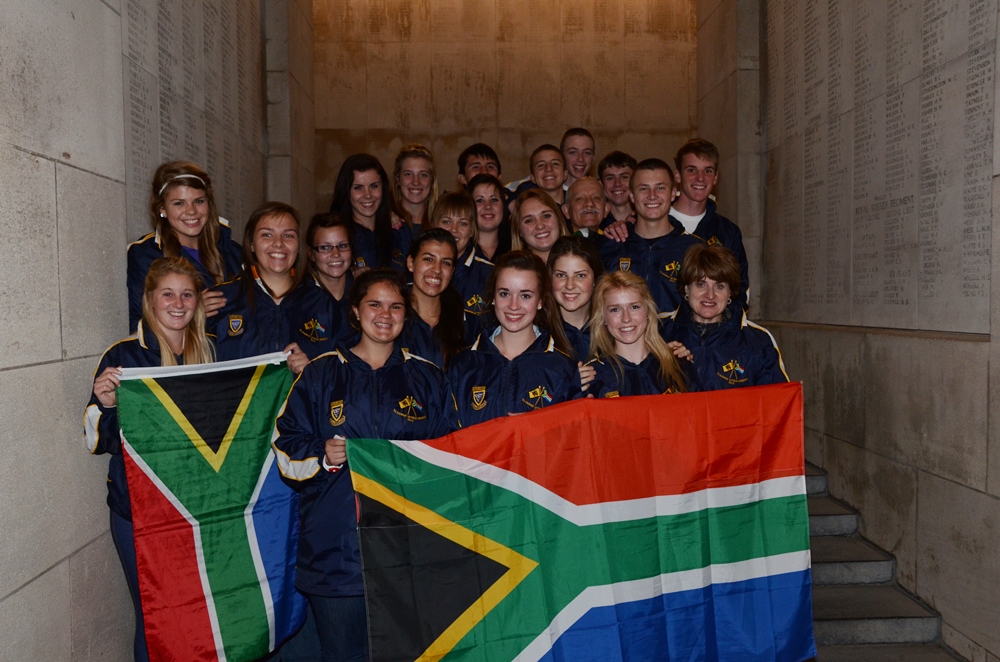