Visits to Melbourne and Canberra

On Tuesday, November 6th, 2012, a delegation of the Ypres’ Last Post Association will travel to Melbourne, Australia. The delegation consisting of Jan Matsaert (member of the board) and buglers Filip Top and Jan Callemein who will participate at the official ceremonies on the occasion of Armistice. This trip underlines the mission of the Last Post Association to continue to remember the sacrifice made by the soldiers of the Commonwealth. In the Ypres Salient 13,000 Australian soldiers lost their lives of which 6.193 are forever carved in the stones of the Menin Gate at Ieper.

Earlier this year, Major General David McLachlan, State President of the Victorian Branch of the Returned and Services League of Australia (www.rslvic.com.au) invited the Last Post Association. The RSL is with a membership of 240,000 the largest service and ex-service association in Australia and is generally referred to as the RSL or the League.

Buglers Filip Top and Jan Callemein will sound the Last Post and the Reveille on Armistice at the Shrine of Remembrance in Melbourne. In the afternoon of the 11th, an additional ceremony will take place at Springvale War Cemetery. This is the largest war cemetery in the state of Victoria with more than 600 casualties.

For Filip and Jan this is an extraordinary honor: “Each day, our group of buglers sounds the Last Post under the Menin Gate at Ieper. The many visitors from home and abroad that thank us after the ceremony and tell us their stories are often very emotional. Sounding the Last Post now in Australia, keeps us remembering the sacrifice that so many Australian soldiers brought in Flanders.”

Member of the board Jan Matsaert continues: “During the Great War 324,000 Australian soldiers served their country in distant Europe. With 61,700 deaths and a 155,000 wounded, together representing nearly two thirds of those who left Australia, the sacrifice was enormous. Another 60,000 of these had died by 1930 from the aftereffects of their physical and psychological injuries. Horrific figures that significantly exceeded the 40,000 Australians who were killed in the Second World War. In Flanders, the Australian soldiers served at Hill 60, Messines, Passchendaele and Polygon Wood, very often together with soldiers from New Zealand. On the Menin Gate, 6.193 names of Australian soldiers are mentioned on the walls of the Memorial. Each year there’s a special ANZAC Day ceremony on April 25th to remember the sacrifice of the soldiers from Australia and New-Zealand.”

On their program, the Last Post Association will also meet the Governor, the premier and a number of ministers of the state of Victoria.

After their visit to Melbourne, the delegation will travel to Canberra, the capital of Australia. They will visit the Australian War Memorial. In the entrance hall of this museum are the two lions that previously stood at the Menin Gate at Ieper. In 1936, these lions were presented to Australia by the people of Ieper as a sign of gratitude for the heavy sacrifices made by Australians in Flanders. The lions will return to the Menin Gate in 2017. This gesture will assist the 100th commemoration of the battle of Passchendaele in which Australians fought with extraordinary courage.

Dr. Brendan Nelson, the new director of the Australian War Memorial as of December 2012, will lead this operation. As Australian Ambassador to Belgium, he has witnessed the Last Post ceremony under the Menin Gate at many occasions. The Last Post Association is very grateful to Dr. Nelson for his continuous efforts. The board, the buglers and all the people involved in Last Post Association are looking forward to see the two lions coming back to the Menin Gate in 2017.

You can follow the visit of the Last Post Association to Australia on their Facebookpage: www.facebook.com/lastpostieper. Images and information will be updated on a daily basis. 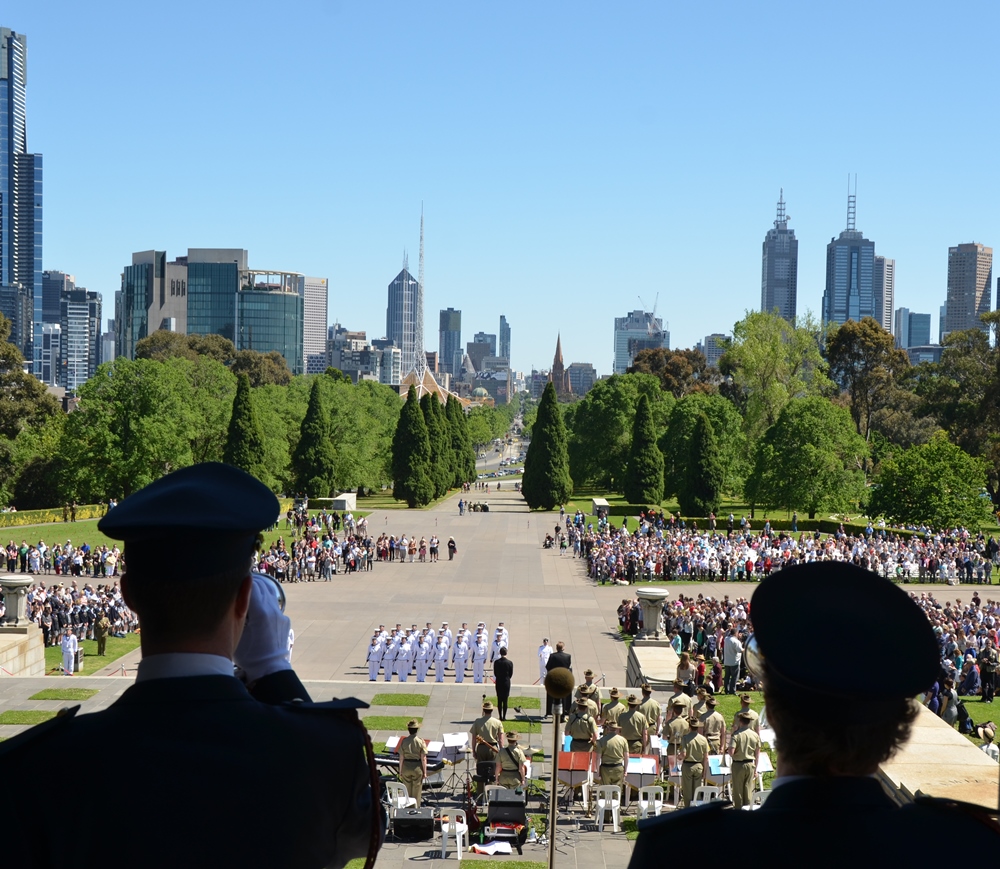