A tribute to the tribute

As you probably know, the 30,000th Last Post Ceremony will be played on Thursday, 9 July 2015. To mark this outstanding achievement, a special edition of the ceremony will take place under the Menin Gate at 8 o’clock that evening.

The public will be able to follow the ceremony on a big screen on the market square of Ieper. The British Band of the Royal Engineers will also perform on the market (18h45-19h30).

On 9 July 2015, the VRT (Flanders Television) will broadcast the Last Post on Canvas starting at 8.00 PM.

In honour of the 30,000 Last Post, Gonewest (the cultural commemoration programme of the province of West-Flanders), organises in collaboration with the Last Post Association and actor Wim Opbrouck, the Tribute to the Tribute. This is a tribute to our buglers of the Last Post Association who have performed their ode already on 30,000 occasions. More information on www.gonewest.be.

Thanks also to the City of Ieper and the Flemish government for their collaboration and support. 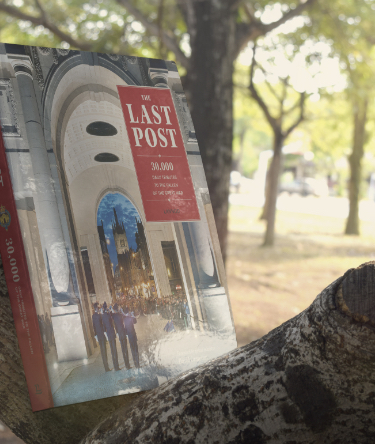