After more than 61 years of service

After more than 61 years of loyal service, Antoon Verschoot has decided to pass on the torch as chief-bugler of the Ieper Last Post Association. On Saturday, 12 December 2015 at 2000 hours he will symbolically hand over his bugle during a special ceremony to the new chief bugler, Rik Vandekerckhove.

Antoon started his career as a Last Post bugler in 1954 and during his many years under the Menin Gate has met many of the world’s most famous people, including Pope John-Paul I in 1985 and Mother Theresa and Bob Geldof in 1986. The frequent visits by numerous crowned heads of state and ministers also made a deep impression on him. But he was always ready with a few words for the more ordinary visitors, who regularly approached him after the daily ceremony, often with a request for a photograph with him, which he never refused.

Benoit Mottrie, the chairman of the Last Post Association, wishes to thank Antoon for his many years of dedicated service. He also wishes to emphasize the unique nature of this remarkable achievement, which is unlikely ever to be repeated. It is an example to us all of commitment and devotion to duty in honour of the soldiers of the First World War who died for our freedom. 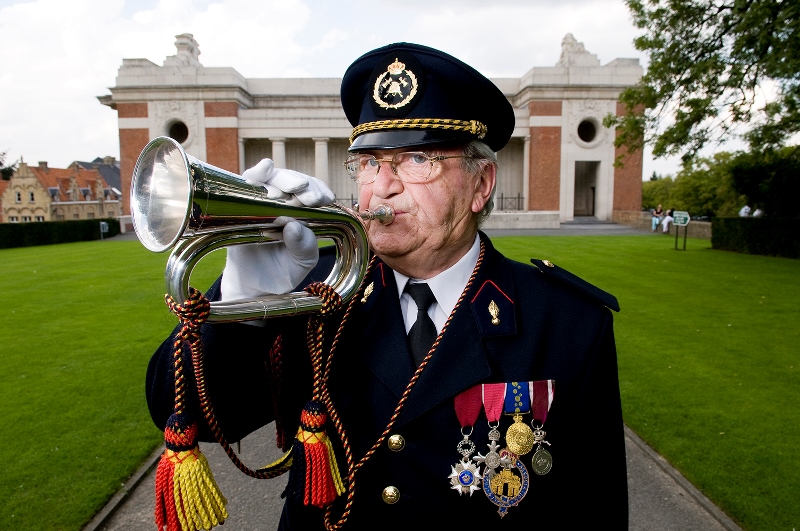