The royal couple will visit the United Nations in New York and this within the Belgian Security Council campaign. The King will address the General Assembly of the United Nations during a special meeting dedicated to peace building and peace consolidation. The Queen will attend a meeting in her capacity of UN-special representative of sustainable development objectives. On April 25th 2018, the King and Queen will visit the Military Academy of West Point.

The royal couple will inaugurate the exhibition World War One – Far From Home in the buildings of the United Nations. This exhibition focuses on the participation of soldiers of five continents in the Great War and more specifically in Flanders Fields. The exhibition illuminates how non-white soldiers took part in the war campaign, with special attention for the indigenous people. Their participation in the Great War is very often not part of our collective memory when we speak about the Great War. On demand of the King and Queen, the buglers of the Last Post Association will attend a remembrance service and sound the Last Post as tribute to the indigenous people.

Director Mathieu Mottrie: “The Last Post Association is very happy to be able to collaborate in the opening of this exhibition. The general public has very little awareness that soldiers of more than 50 nationalities took part in the Great War in Flanders Fields. The role of the American soldiers has been decisive during the First World. The names of 171 missing American soldiers are mentioned on the Menin Gate. We very often welcome visitors from the United States at the Menin Gate.” 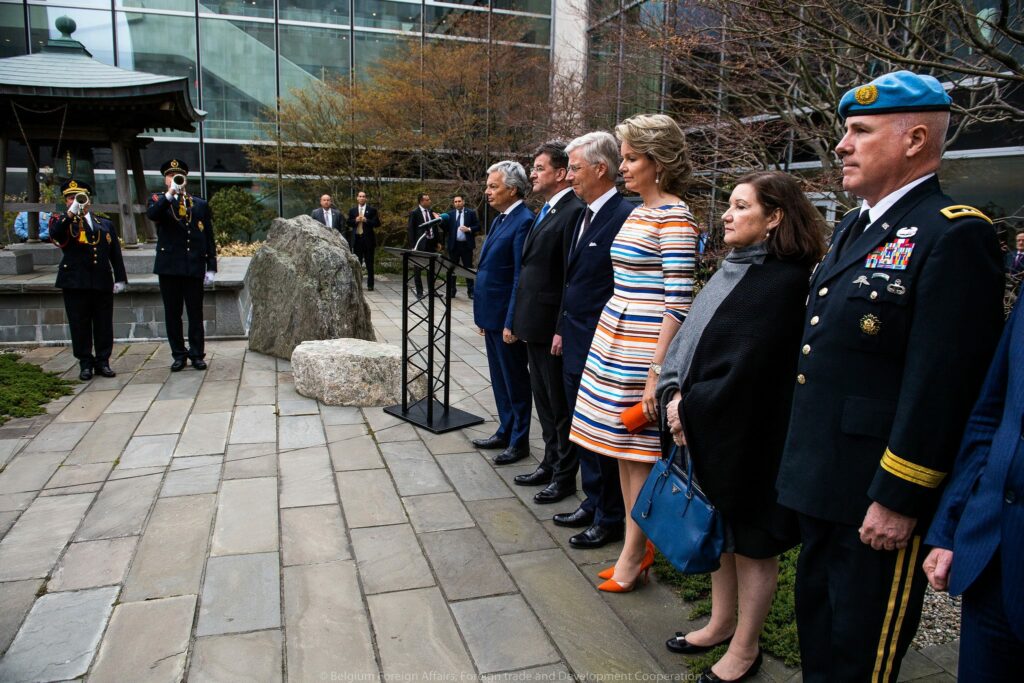