Every day for a year – from 11 November 2014 to 10 November 2015 – the Last Post Ceremony will draw special attention to particular soldiers, whose lives and deaths can tell us something about the terrible conflict in which they were involved. Their stories are stories of mud and blood, of unspeakable suffering and limitless human endurance. However, they are also stories of courage, devotion to duty and comradeship. We remember with gratitude the sacrifice of these men, and the thousands of others they represent.

The readings – which are part of the run-up to the 30,000th Last Post Ceremony in July 2015 – will continue until 10 November 2015. All members of the Last Post Association are cordially invited to attend one or more of these readings.

Many thanks to Paul Foster for the research on the stories. Paul is also one of the people who daily read a story. 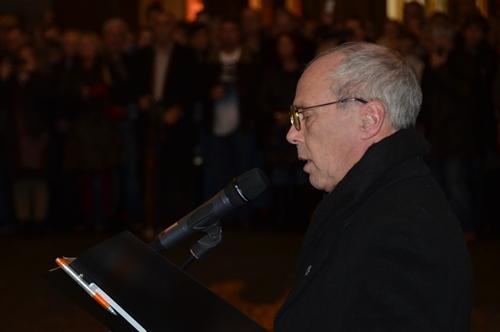