The Last Post Association is pleased and proud to announce that the organisation has recruited two new ceremonial assistants to swell its ranks; namely, Bart D’Hulster and Johan Moors. In their new role, they will provide support for the daily Last Post Ceremony in Ieper.

For the first time in its 93 year history, the Last Post Association recently made known that it had a vacancy for a new member of its ceremonial team. This vacancy attracted huge public interest, not only in the regional press but also in the national media. The Association received many positive reactions from candidates who wanted to help perpetuate the daily tribute to the fallen.

Not one, but two

After careful consideration of all the applicants, a number of them were recently invited for interview. Chairman Benoit Mottrie: ‘First and foremost, I would like to thank everyone who showed interest in the vacancy and in our organisation. It was difficult to make a choice from so many promising candidates. For this reason, we have decided to appoint not one, but two new ceremonial assistants. From today, we can rely on the services of Bart D’Hulster from Ieper and Johan Moors from Vlamertinge. Together with Brian Claeys, Gilbert Denturck and Youri Van Miegroet, we now have a total of five ceremonial assistants, two of whom will be present under the Menin Gate each evening to ensure that the daily ceremony runs smoothly.’

The ceremonial assistants play an important role in the Last Post Association. They welcome visitors and participants in the ceremony, they supervise the public zones under the Gate and help bands, choirs, standard bearers and military groups to get into the right positions, as well as monitoring all aspect of safety, including traffic control. They are an essential link in the association’s daily chain of operations.

The Last Post Association is an independent, non-profit organisation, run by volunteers. The association organised the first Last Post Ceremony on 2 July 1928 and is still responsible for perpetuating this unique daily tribute under the Menin Gate in Ieper. 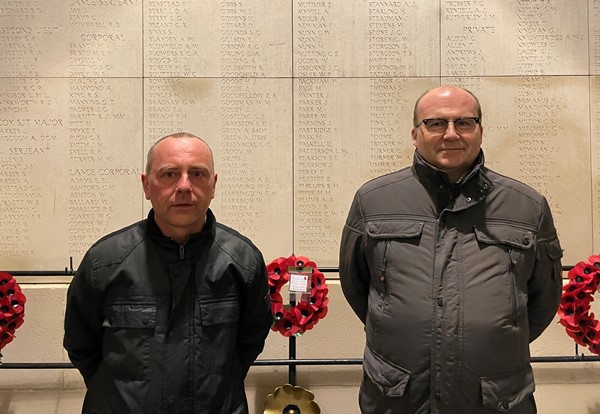 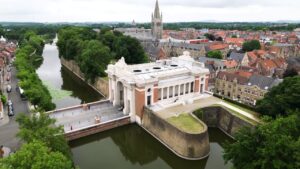