The Menin Gate lions are returning permanently to Ieper 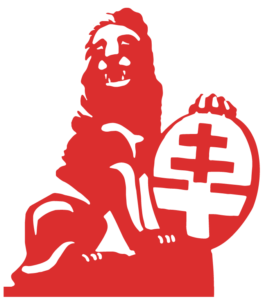 Historic inauguration of the replica lions

Since the First World War, the lions have no longer been seen in the streetscape of Ieper. This year, two replicas of the original lions are returning to the Menin Gate to once again guard the entrance to our city. The original lions will remain in Australia, where they stand in a place of honour at the gates of the Australian War Memorial in Canberra.

The history of the lions

The Menin Gate lions from 1862 onwards 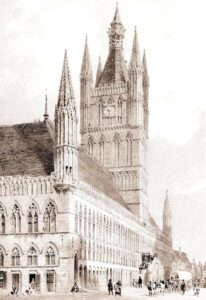 1822: In 1822, two monumental stone lions, each holding the coat of arms of the City of Ieper, were placed at the entrance to the town hall. 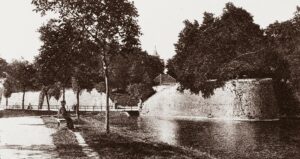 1848: This staircase was demolished in 1848 and the lions disappeared temporarily from public view. They reappeared in 1862, when the city’s old and narrow Menin Gate was replaced by a new 13-meter wide entrance through the ramparts, flanked by one of the lions on either side. 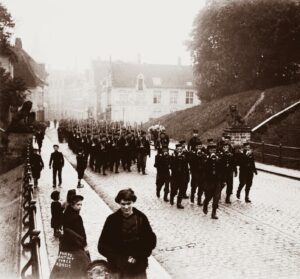 1914: During the First World War, the lions must have been a familiar sight for the soldiers as they passed through the Menin Gate. The Gate was the only exit leading to the front line on the eastern side of the city. Tens of thousands of men marched past this spot, many of them never to return. 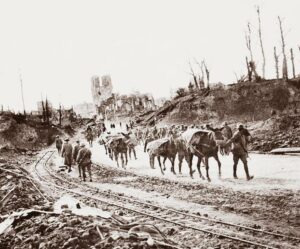 1917: As the war progressed, the lions became damaged and were finally blown from their pedestals. By the time of the Armistice in 1918, they were lost from view, hidden amongst the ruins in the shallows of the rampart moat. 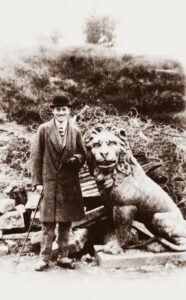 1919: It was only in 1919-1920 that they reappeared amidst the remnants of the devastated Cloth Hall, where they became something of an attraction. All that remained of the southern lion was a piece of the torso and the head. 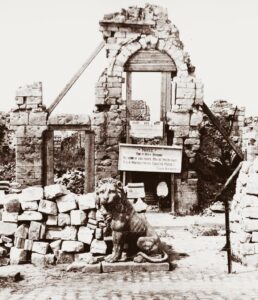 1923: Stanley Bruce, the prime minister of Australia, visited Ieper at the end of 1923 and saw the lions, which made a deep impression on him. 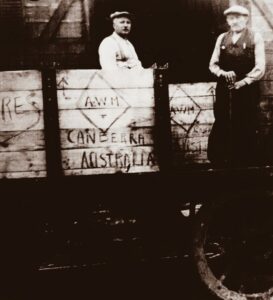 1936: On 8 June 1936, the burgomaster of Ieper, Jan Vanderghote, supported by the city council, agreed to make a gift of the lions to the people of Australia. On 30 July of that same year, the lions were packed into wooden cases and put on board a train in Ieper station, bound for their new homeland. 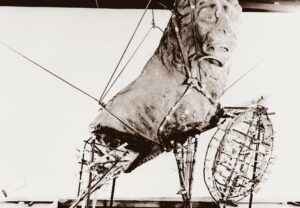 1985: It was not until 1985 that the lions were finally restored, and from 1988 onwards they have occupied a position of honour at the main entrance to the Australian War Memorial in Canberra, where since 1993 they have also guarded the tomb of the Australian unknown soldier. 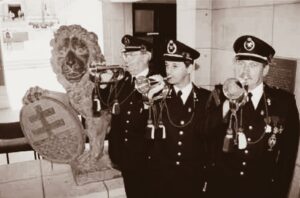 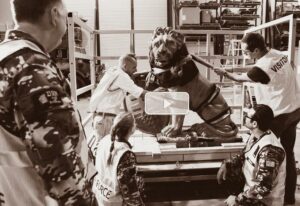 2017: In 2017, at the initiative of Dr Brendan Nelson, director of the Australian War Memorial, the lions were returned for a year to their original position in Ieper. This coincided with the 100th anniversary of the ANZAC’s first participation in the great battles of the Ypres Salient. 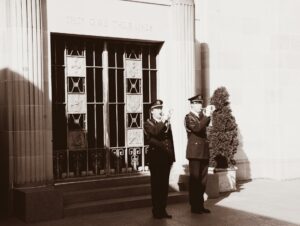 09/2017: During the ceremony to commemorate the 100th anniversary of the Battle of Polygon Wood on 24 September 2017, the Australian Minister of Veterans Affairs, Mr. Dan Tehan, announced that the Australian Government intended to donate two replicas of the lions to the City of Ieper. The generous gift was greatly appreciated by all the people of the city and underlines the warm and continuing relationship between the Last Post Association and the AWM, between Ieper and Canberra, and between Belgium and Australia. 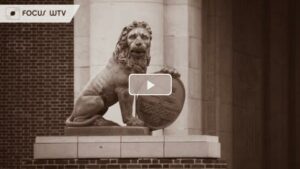 10-2017: The replicas are identical to the undamaged lions that stood more than a century ago alongside the old Menin Gate. The replicas each weigh around 1,200 kilograms and will be positioned on the brick platforms where the original lions stood last year. 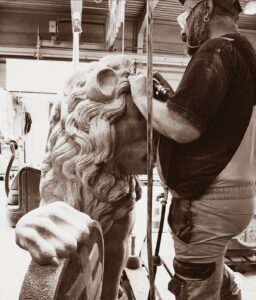 04/2018: In April 2018, the Monument Vandekerckhove company from Ingelmunster was commissioned by the Australian Government to make the replica lions. In a first phase, the lions were rough cut from large blocks of stone using a 3D milling machine, based on 3D scans of the original lions. These prototypes were then finished by hand by skilled stonemasons. 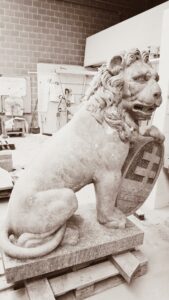 Would you like to know more about the history of the lions? Download the more detailed brochure here: ‘The lions of the Menin Gate‘. 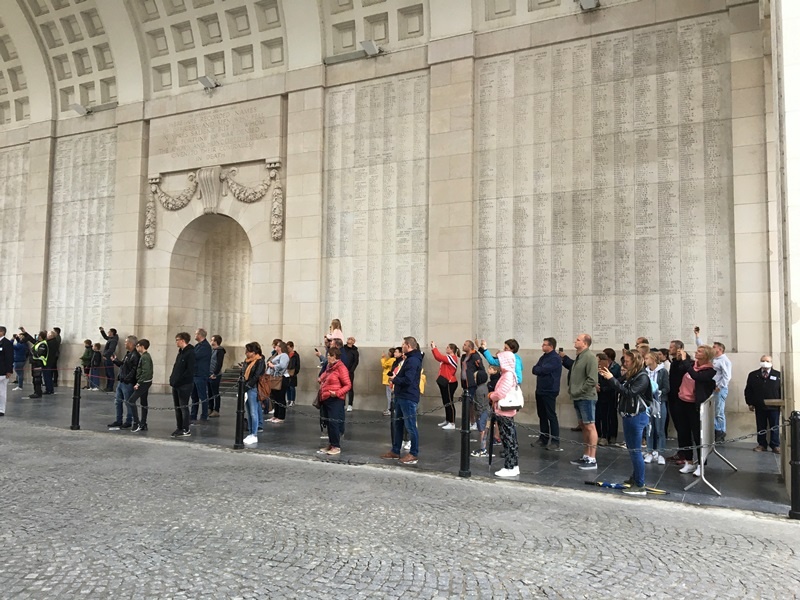